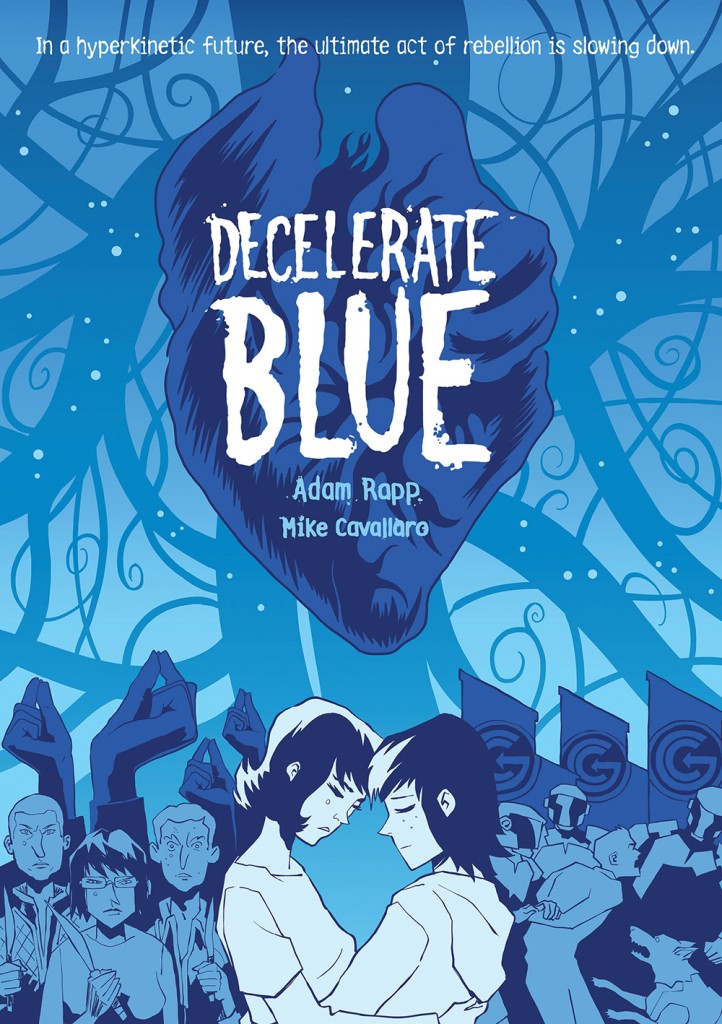 The future waits for no one.

In this new world, speed and efficiency are everything, and the populace zooms along in a perpetually stimulated haze. Angela thinks she’s the only person in her family maybe the only person on the planet who sees anything wrong with this picture. But the truth is she’s not alone.

Angela finds herself recruited into a resistance movement where the key to rebellion is taking things slow. In their secret underground hideout, they create a life unplugged from the rapid-fire culture outside. Can they free the rest of the world before the powers that be shut down their utopian experiment?

Project Muse: “Edgy author Rapp pairs up with talented illustrator Mike Cavallaro in this beautiful and powerful graphic novel about a teen who chooses to say “No.” It’s a rare graphic novel that dives into romance and dystopia…”

School Library Journal, starred review: “Fans of George Orwell’s 1984 and Ray Bradbury’s Fahrenheit 451 will find much to ponder in this notable graphic novel.”

Kirkus Reviews: “This is a strikingly illustrated book set in a potentially massive world, and readers will hope this isn’t the only story to come from it.”

Click Here to read an excerpt from Decelerate Blue at Tor.com