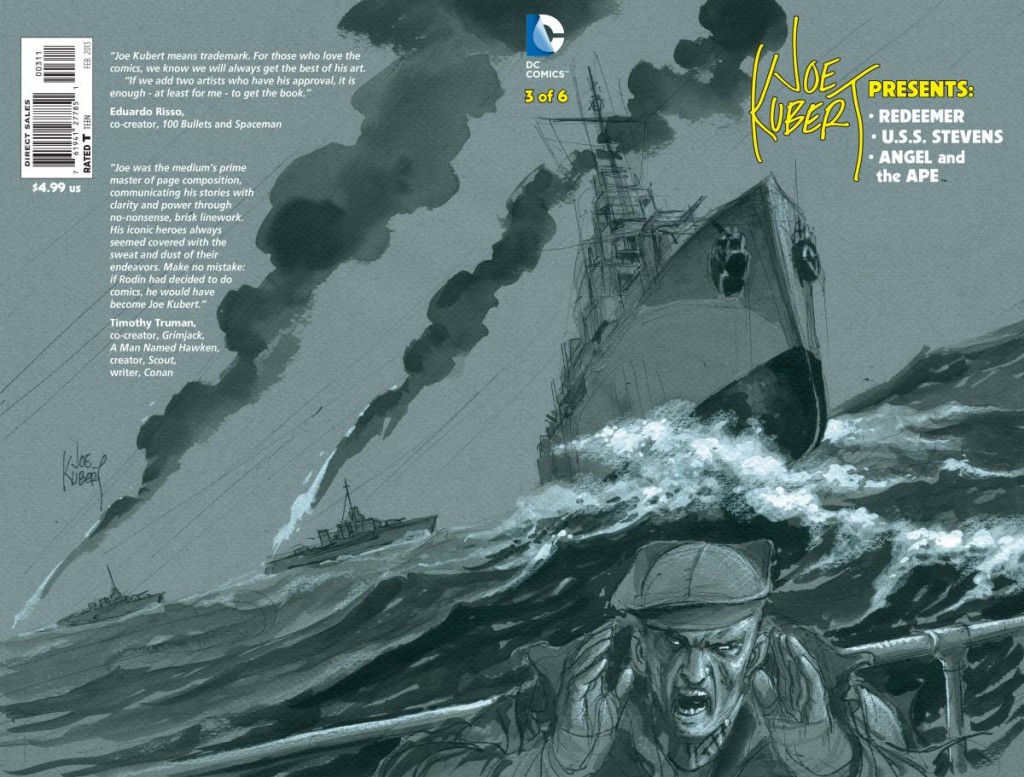 I know this has (unfortunately) limited appeal (like most good things), especially when compared to Batman crossovers and fresh new reboots, but the line up comics master Joe Kubert assembled before his untimely passing for the 6-issue limited series “Joe Kubert Presents” has been killing it for the past few months. Without fanfare, hype or gimmickry, contributors Brian Buniak, Sam Glanzman, and Kubert himself, remind us what skill, imagination, and a pen can accomplish with comics. Glanzman in particular is not only serializing perhaps the only memoirs in “mainstream” comics, but also some of the only truly essential work coming out of the Big Two. Though “Nu” and “Now” will someday be forgotten, there will be no editorial reboot for Glanzman’s stunning wartime recollections. This is a real gem, happening quietly right now, monthly, on-schedule, right in front of us. Treat yourself.