Here’s hoping for the best in the coming year for all of us!

Sometime over the past few months the title of the book I’ve been working on was changed to “NICO BRAVO and the HOUND OF HADES.” I’m happy about that since it was the title I imagined all along. Even better, just before Christmas I finished work on it: all 186 pages plus a cover! I can’t show that yet but here’s the updated promotional artwork plus a rough cover design we ended up not using. Hopefully I can show more soon! NICO BRAVO will be released from First Second Books in 2019. 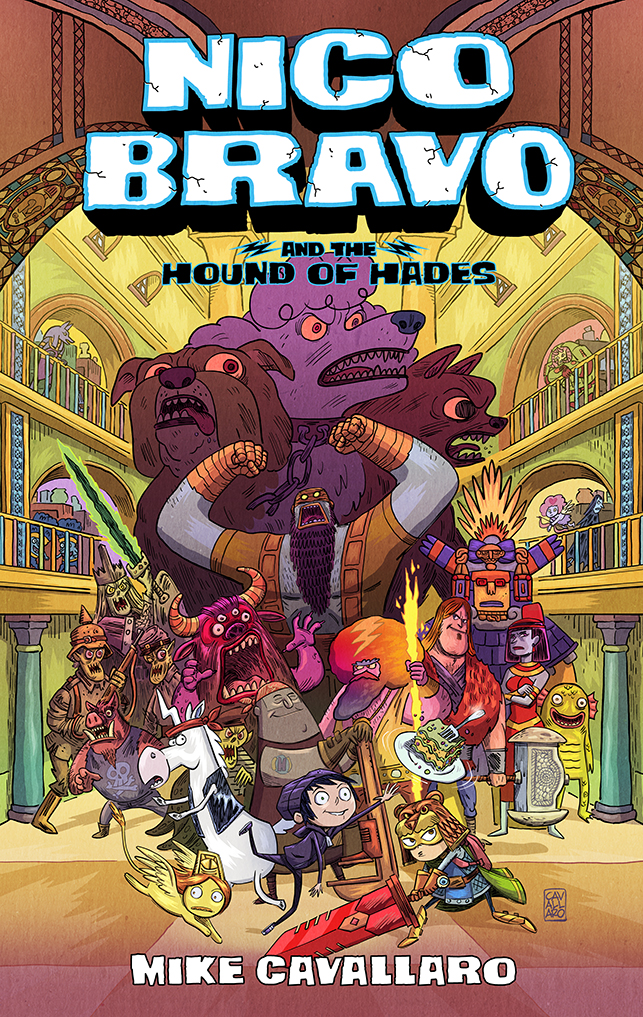 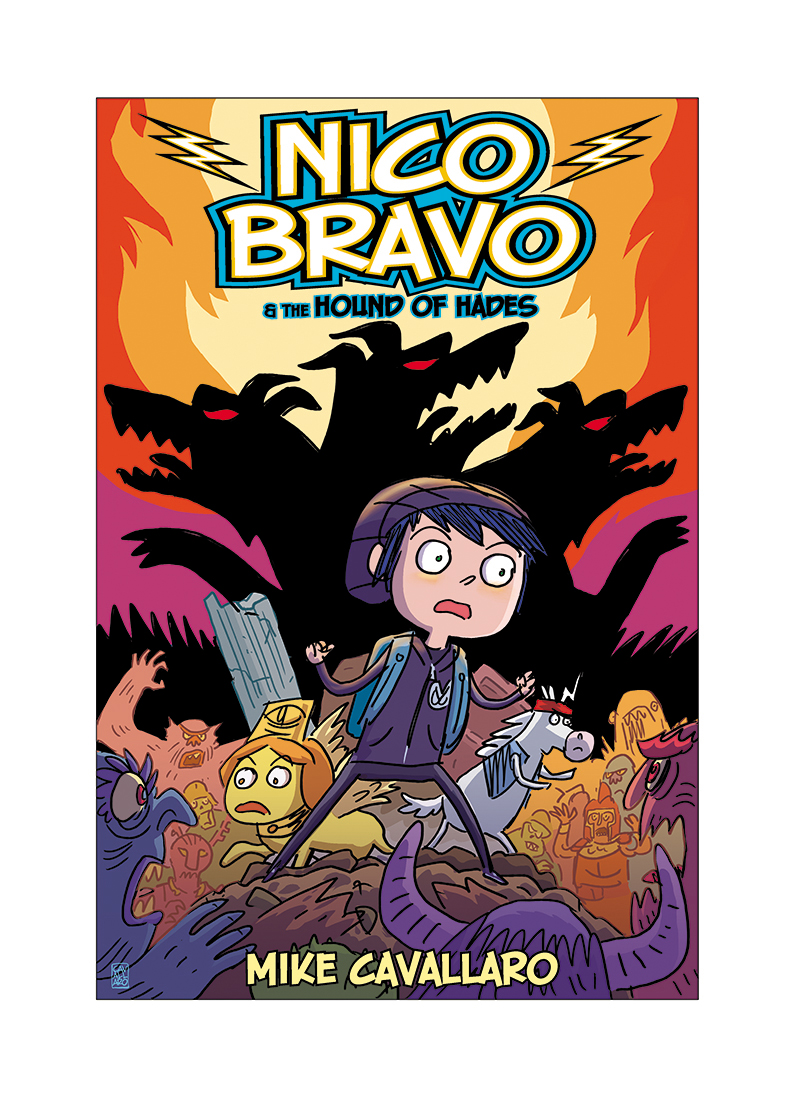 I’m writing a sequel because all I really want to do is more of this! Meanwhile, it’s back to work on the 5-issue IMPOSSIBLE INCORPORATED series with writer J.M. DeMatteis and IDW Publishing. Not posting any of that because the release date is still a long way off. I’ve always loved J.M.’s work, whether his creator-owned stuff like MOONSHADOW, or his Big Two comics like JUSTICE LEAGUE INTERNATIONAL, or his tv/direct-to-DVD work like BATMAN: THE BRAVE & THE BOLD animated series. So far, I’ve gotten scripts for the first two issues of IMPOSSIBLE, and they’re fantastic, of course. Sometimes I can’t believe how lucky I am.

This past November I was invited to the Miami Book Fair. It’s a staggering celebration of all types of books that manages to sweep downtown Miami up into the festivities. I got down there early and spoke to students at a few local schools, and did a presentation at the Book Fair itself. It was great to catch up with friends like George O’Connor, Michel Fiffe, Kat Roberts, Bob Sikoryak, Michael Buckley, Ed Steckley and Joan Hilty. I took in a few panel discussions, including Mimi Pond and Trina Robbins, and another featuring Harold H. Brown, a former Tuskegee Airman! 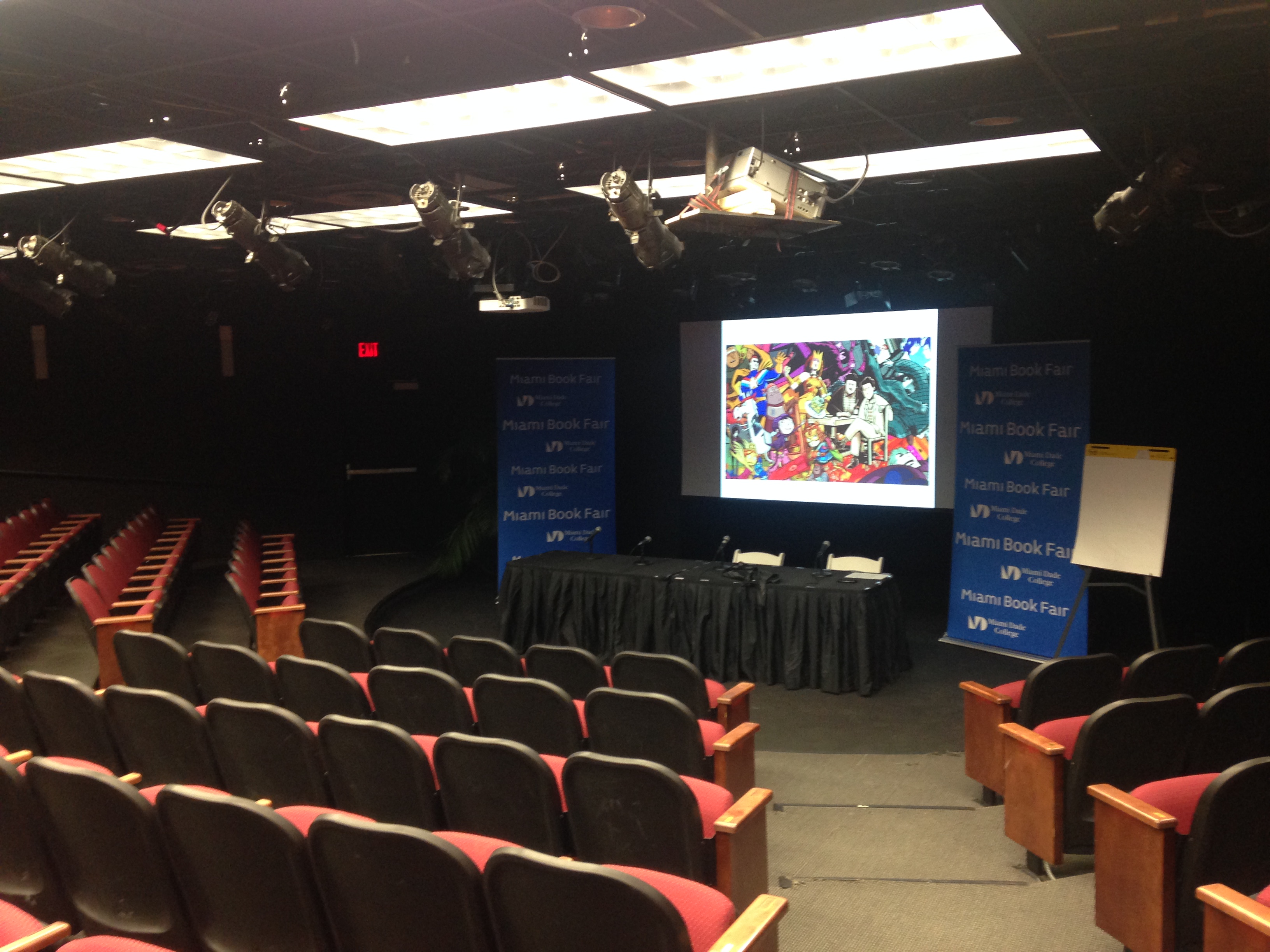 The auditorium at MBF just before my presentation.

The crowds start to gather. 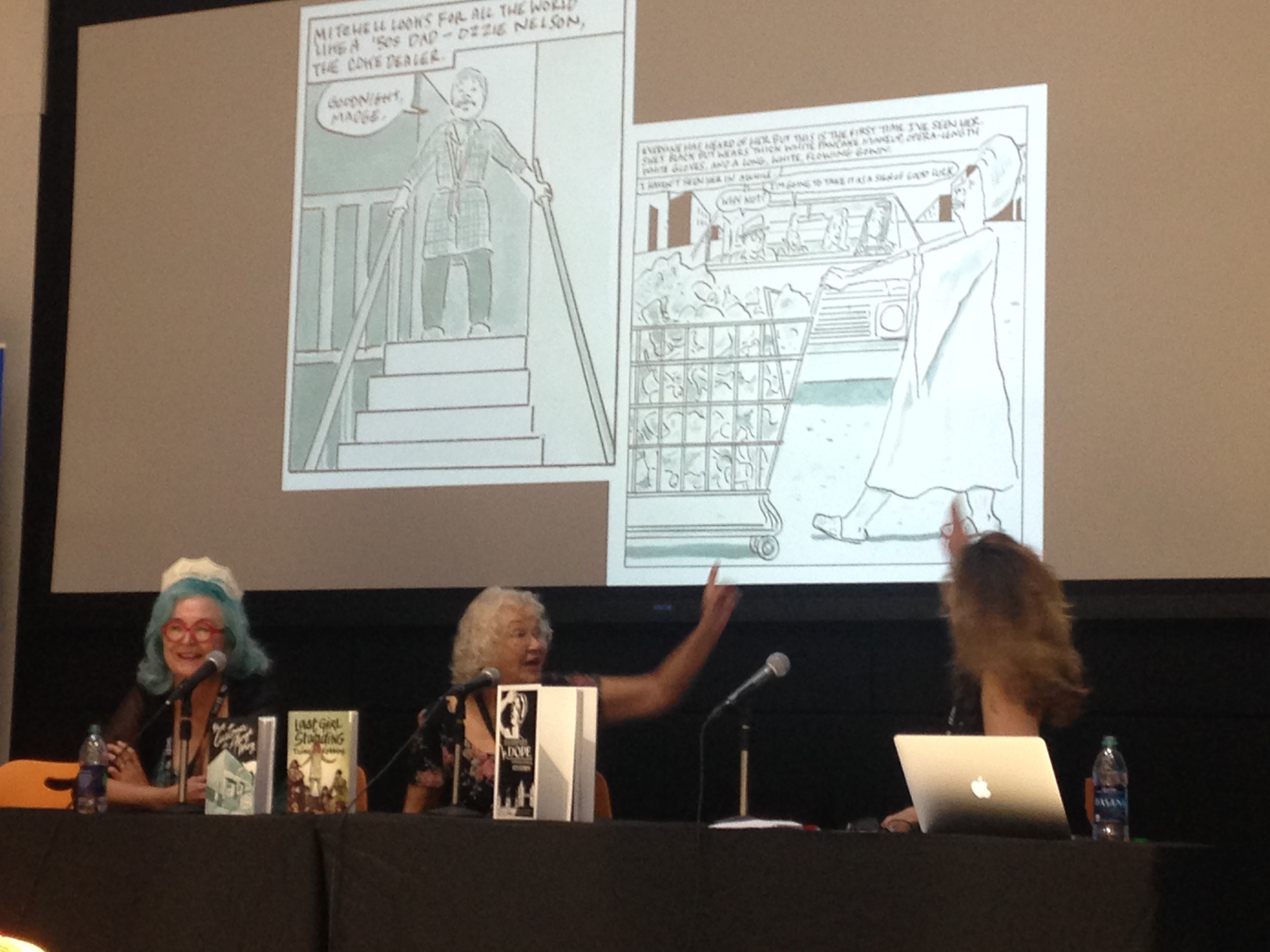 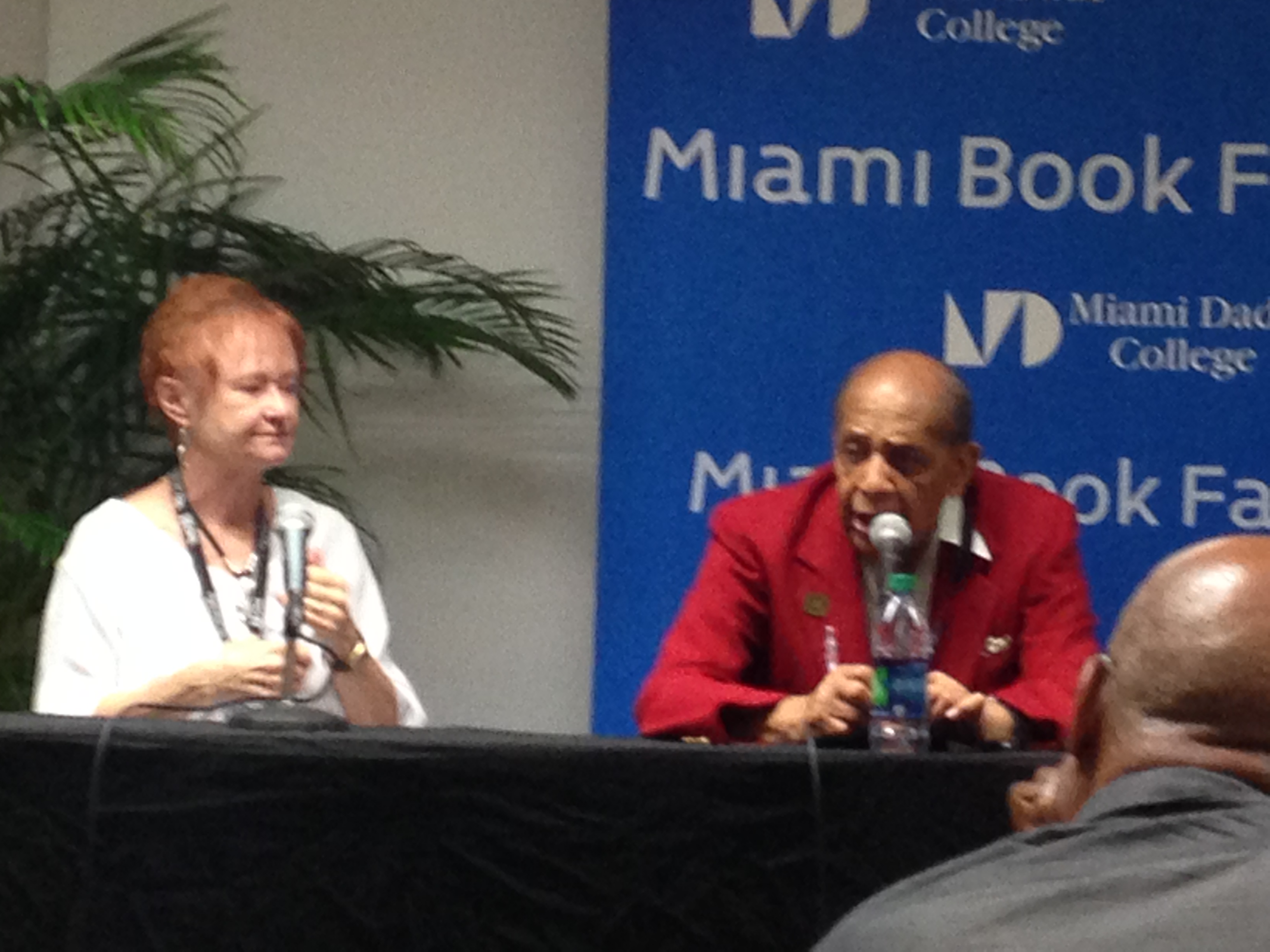 Marsha Bordner and Harold H. Brown discuss their book, “KEEP YOUR AIRSPEED UP: The story of a Tuskegee Airman.” 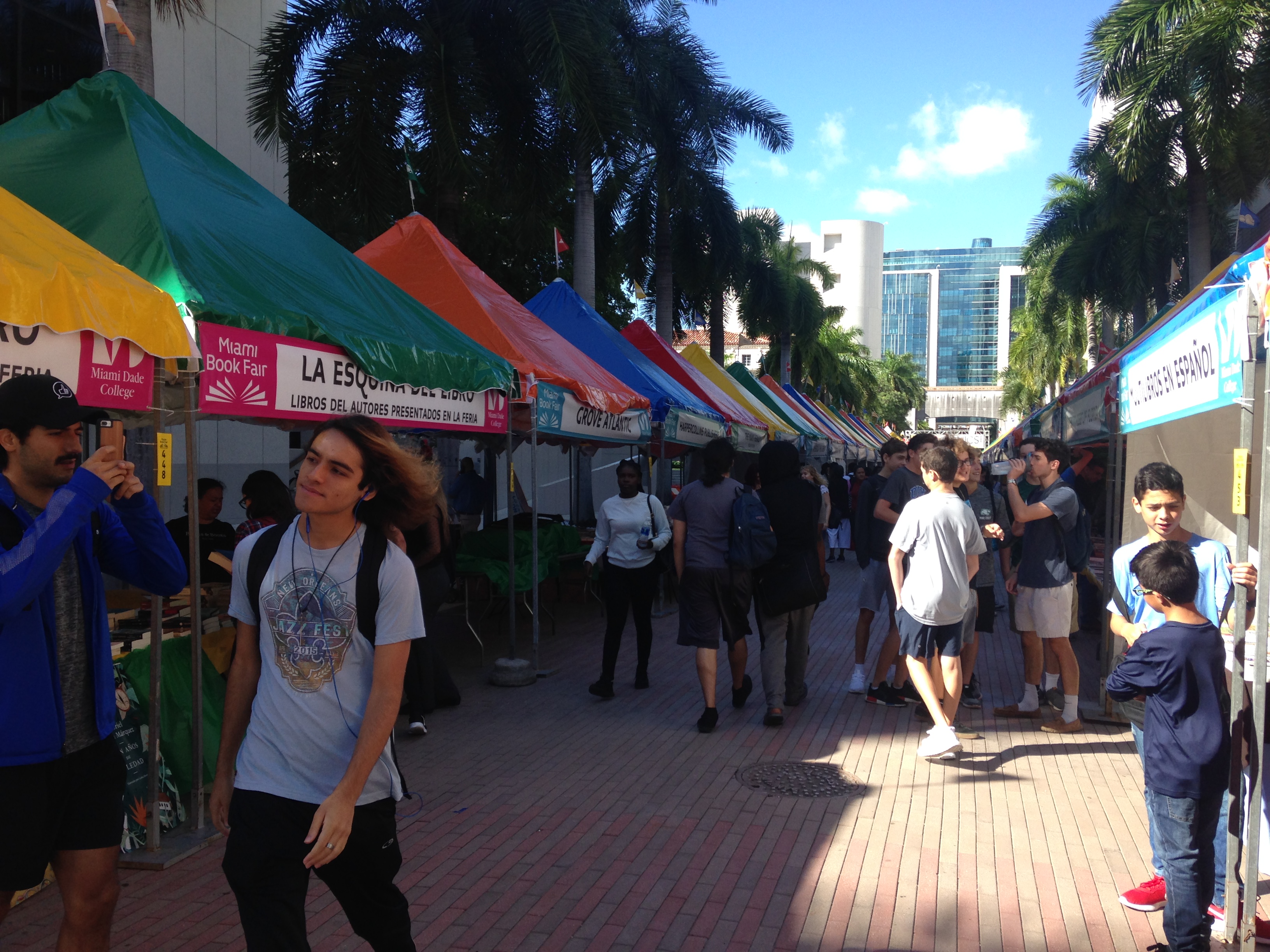 A shot from the fair.